I am no psychologist, so if you are looking for a psychologists perspective for the blame, look elsewhere. I’m a scientist so my explanation below will be mostly science-based. I will give two very specific reasons why it is very easy to fall into the trap of self-blame. Both are not so obvious, but once I explain it here, it should be enlightening. Look for my take on the solution at the end of this article too.

The first one is more to do with economics, politics and business. The foods we eat these days, indeed for several generations now, is not truly food. It is engineered food. Take cookies. Who decides how it should taste like? Obviously, it’s the company that produces it. This company is in it for the money. I am not saying that this is “bad”. Simply stating that as a company, their fiduciary responsibility is towards the business owner – be it an individual or a group of shareholders – to make money. If making more money is the primary goal, the product will have to have features that maximizes profit by way of increased sales and decreased cost of making the product. How do they do that? In order to maximize sales, the company hires food scientists, nutritionists and psychologists to design the cookies for taste. Unfortunately, we humans are pre-programmed to be attracted to fatty, sugary and salty tastes. Our brain seeks them out. So, bingo – jackpot sales! Now, you might be saying, this is applicable to all humans, and not just overweight ones. True, however, the physiology of taste reception and attraction towards these ingredients differs between humans based on how much fat they have already accumulated! To understand this, one must understand some physiology. 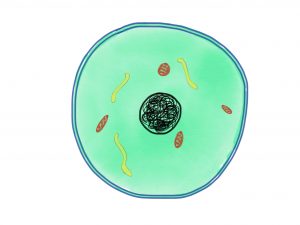 A normal human cell looks like the one labelled FIGURE 1 . The yellow streaks represent lipid (fat) deposits and the reddish-brown, mitochondria. If you remember basic biology, you may recall that these mitochondria are our “powerhouses”. They produce energy for the cell by “burning” glucose (produced from fatty acids and glycogen). In a normal cell, there are very few lipid globules and enough mitochondria to burn these. However, an interesting phenomenon occurs as we accumulate more fat in each cell. The cell switches genes that produce mitochondria! Presumably because the cell is now “thinking” that it is a cell whose purpose is to store fat. If it continued to produce more mitochondria, then effectively this assumed function would be invalidated! 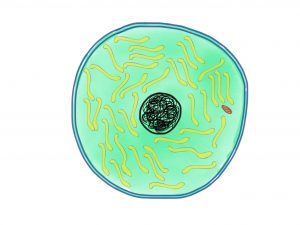 So, as more and more normal cells accumulate fat, they go into hibernation mode. You can imagine what might be happening in case of someone that is overweight. Yes, many of their cells have now slowly started to hibernate. Now this is the key – the more they hibernate, the less fat is used up. …and you guessed it – the less fat is used up, the fewer mitochondria remain and the cell slowly goes into a “fat accumulation spiral”.
So if you are overweight, or have more fat in places you should not have, don’t blame yourself. But this does not mean that the problem goes away. Everyone knows that it is hard to break out of this spiral, and harder still to stay out. However, we can take advantage of the same mechanism that got you into this to get you out! In other words – force the cells to use up the fat. There are primarily two ways of doing this – the first is by increasing the number of mitochondria in these cells and the second is by reducing the amount of fat globules.
Studies at Université de la Méditerranée, Marseille, France have shown that as we increase our rate of respiration, the body recruits more and more cells to help oxygenate other cells. The body even starts to recruit (now hibernating) cells full of fat. It does this by switching on the gene for making mitochondria! This helps the body utilize the oxygen more efficiently. How do we force this to happen? Simply by increasing our breathing. How can one do that? Do about 20 minutes on a stationary bike or a walk fast enough to make you breathe harder. Again, you do not need to kill yourself. Aa pace at which you walk may be different than your friend’s. Don’t need to kill yourself over it. Just walk fast enough at your own pace that talking is a bit difficult.
The second solution is simply to not add more fat to these cells. This one is a lot simpler to understand – eat less fats and oils. Substitute the fat calories with calories from fruits and vegetables. The added advantage of fruits and vegetables is fiber. In a study conducted in Australia has been shown that increasing the amount of fiber in your diet is directly linked to reduction of fat in cells.
By now you must be wondering, is there any good news in all this? The answer is an unequivocal “yes”. It just so happens that as you increase intensive breathing exercises (aka cardiovascular activities), the improvement in these cells is a percent of fat in them. In other words, the more fat, there’s greater fat loss! Simply put, the weight loss experienced by an overweight person is a lot larger than that seen for the same amount of activity by someone that is not overweight. So go there and start some routine activity that will take your heart rate up and keep it up for at least 20 -30 minutes 2 -3 times a week and also drop your fat intake to see results. 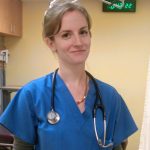 Jennifer Prabhu is a Medical Doctor specialising in Internal Medicine & Pediatrics. She earned them both simultaneously from the University of Maryland Medical Center. She has been awarded the American Society for Clinical Pathology Honor Award, Honors in Internal Medicine and Surgical Clerkships and Honors as Outstanding Primary Care Physician by the University of Maryland, Department of Pediatrics. She has taught many doctors, has authored numerous scientific articles and has worked in prestigious organizations such as the Johns Hopkins and the world’s largest National Institutes of Health.